The Letdown Season 1 (ABC/Netflix) is a brilliant comedy series about becoming new parents (and not just me thinks – it recently won an AACTA Award for Best Comedy Program!)

But it’s much more than just a funny and entertaining watch – The Letdown also exposes many of the challenges that parents face in the first weeks with a newborn. And in so doing it reminds us that as much as we can feel alone and isolated as parents, we are absolutely not alone.

Here are some of the themes in Season 1 that resonated with me:

Well, isn’t that the truth!

Our life was turned upside down on the birth of our eldest child and rocked again, albeit a little more gently, when Dames and then Miss Gubby joined us.

Highest on the list of rude shocks for us was how our once intellectually stimulating relationship was reduced to talking about feeding, sleeping and pooing habits. And how about those 3am pyjama clad, slits for eyes discussions about whether to “go in”? If yes, then when? And for how long? And to do exactly what – pat, sing, cuddle and rock, breastfeed…again?

Coming in second was the mind-numbing exhaustion and the assault of hormones I felt. And how about that first experience of the baby blues? I was confused – surely, when everyone had said how exciting it was to be pregnant with a baby, the “baby blues” were made of cotton, size 000 and perfect for boys? But actually when the little guy arrived, I felt out of control, unable to do the Rolls Royce job parenting I was so accustomed to doing with everything else, worried about breaking this precious little bundle and a bit sad and frustrated to have left my old life behind (the days of drinking coffee at my own pace were over).

The mother’s group crowd around Audrey as she tries to breastfeed baby Stevie, with one lunging to physically assist and another reaching for her phone to take a photo.

Audrey gets the evil eye from another mum for drinking caffeinated coffee while breastfeeding.

Yes, as a new parent, you’re fair game for the average punter. Prepare to be observed, advised, judged, reprimanded. And no need for said punter to know you, have a medical degree or qualifications in child rearing.

What is it with new life? Do people get a touch of collective baby brain within a 20m radius of a newborn? Why is it that people, who are usually so reserved and absorbed by their phones, suddenly look up and pay attention when they see a pram?

While most are well-meaning, albeit sometimes a little clumsy, it cannot be said for all. On a couple of recent flights, our kids couldn’t even put their tray tables down without attracting scorn from the woman in the seat in front (memo to her: you were young once too!) On the way back, we struck another who took a swipe at Miss Gubby within minutes of sitting down – apparently as a substitute for telling us with her words to be careful touching the back of her chair.

But in my experience there’s no need to wait until your little cherub arrives for people to take a step into your world uninvited – cue pregnant bump and they’re in!

In my third pregnancy I had very red cheeks from chronic rosacea and couldn’t apply foundation to hide it because my skin was desert dry. Already extremely self-conscious of it, someone asked if I was severely sunburnt!

And then of course there is the pregnant belly grope. I had to wait until my third pregnancy for one of those and boy was it uncomfortable. Even Damien didn’t touch my belly without invitation!

In my experience, people’s hands continue to wander once bubs arrives too – around the plastic rain cover, into your pram and onto his or her gorgeous cheeks, chin and mouth! And while they’re in there fossicking around, maybe they’ll tell you your baby is hungry or tired, having known your little angel for only moments!

A knock to the head from a falling pine cone reminds Audrey’s partner Jeremy (Brendan Cowell) of his promise to baptise baby Stevie a Catholic in his family tradition, made during the throes of Audrey’s difficult labour. But Audrey doesn’t believe in God.

Audrey objects to Stevie’s grandmother reading her “Babar”, a book from Jeremy’s childhood because it has imperialist themes and Babar is a dictator.

In many respects, Damien and I had very similar upbringings. We both grew up in small towns in rural Victoria. Our families lived modestly, we attended local schools and we didn’t want for much, though I would have liked a hyper-colour t-shirt in the 90s if the truth be told! But there are nevertheless differences in our childhood experiences that range from the particular Christian faith our families follow, to the tomato sauce we prefer (homemade or bought).

The Christian faith our children will be encouraged to follow was an uncontroversial choice and resolved for us long before we had children (we were married in the Catholic Church).

However, on a seemingly more mundane topic – dog ownership – there is more contention. I grew up with big drooling Labradors breathing in my ears and lounging at my feet. Damien on the other hand, whose mum is nervous about dogs and dislikes the drool and hot breath bit, never had a dog as a pet. He also harbours fears about dogs and small children. As the safety of our kids is high priority, it’s a topic we’ll revisit when the kids are older.

There’s a saying in my family that “it’s better to laugh than to cry”.

I cried a lot in the early newborn days.

But the Letdown Season 1 has squared the ledger – it gave me many laughs reflecting on those times.

And maybe it will for you too!

PS The amazing team at The Letdown are now working on Season 2. I can’t wait to find out what (or who!) comes next😊

All photos featured in this blog are courtesy of the ABC. 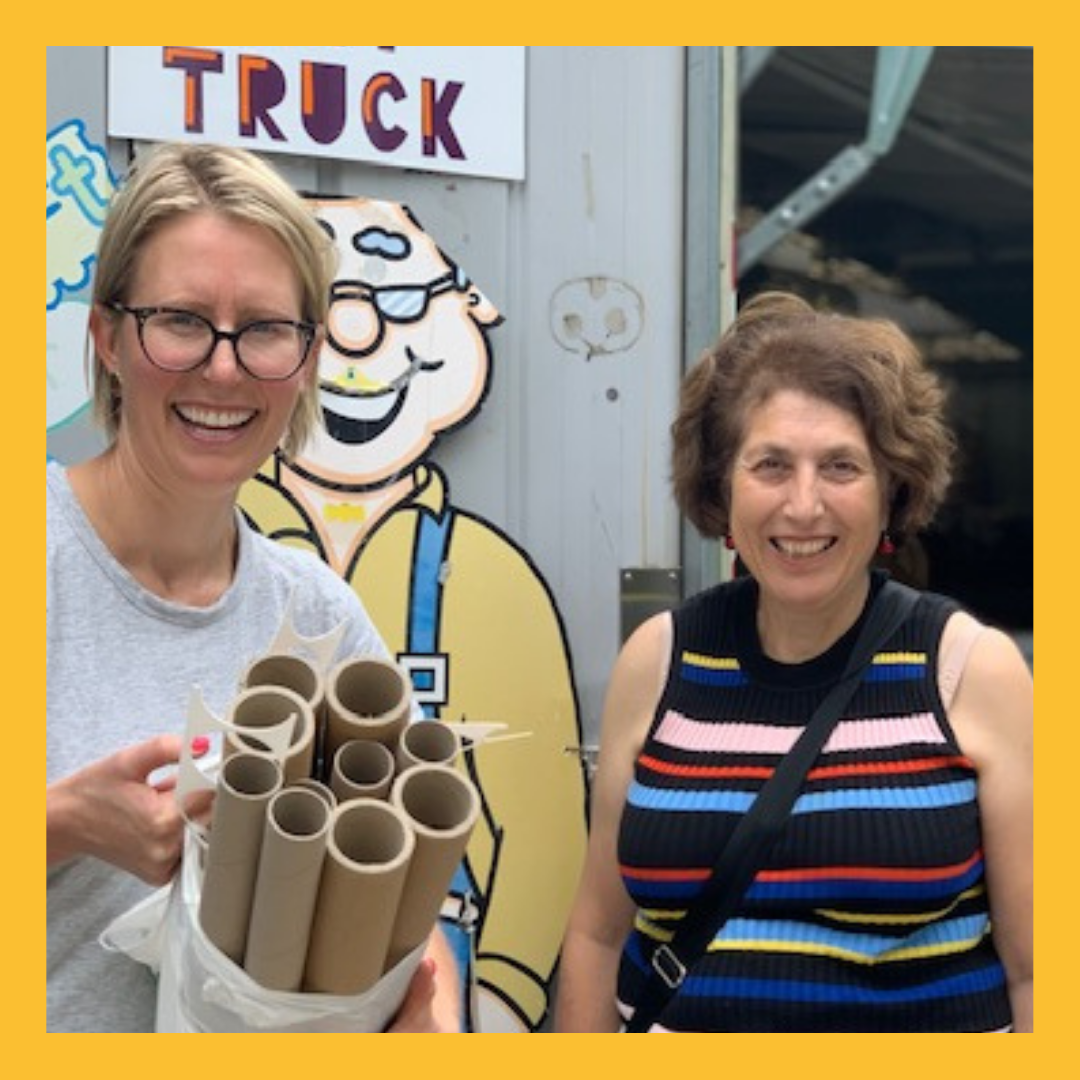 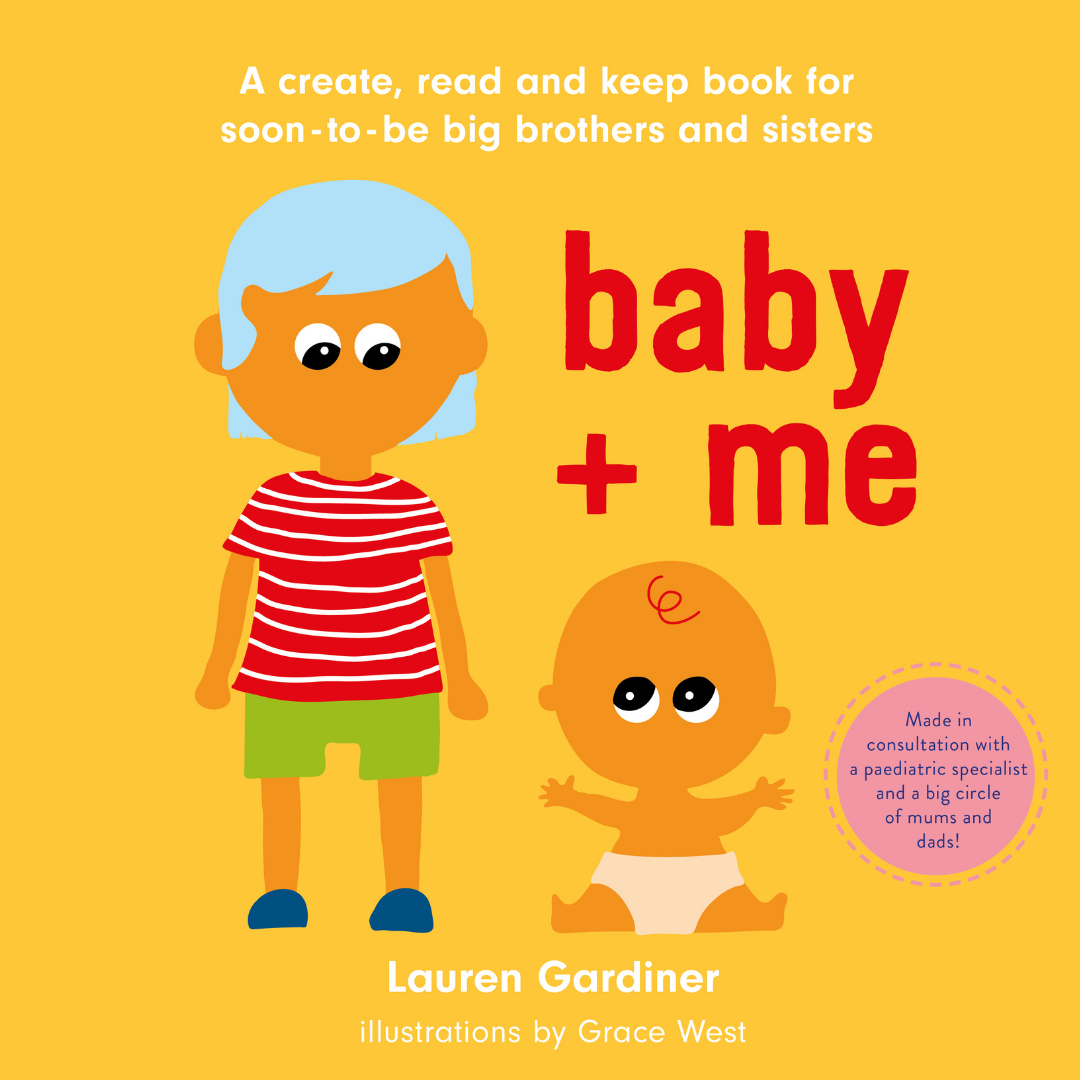