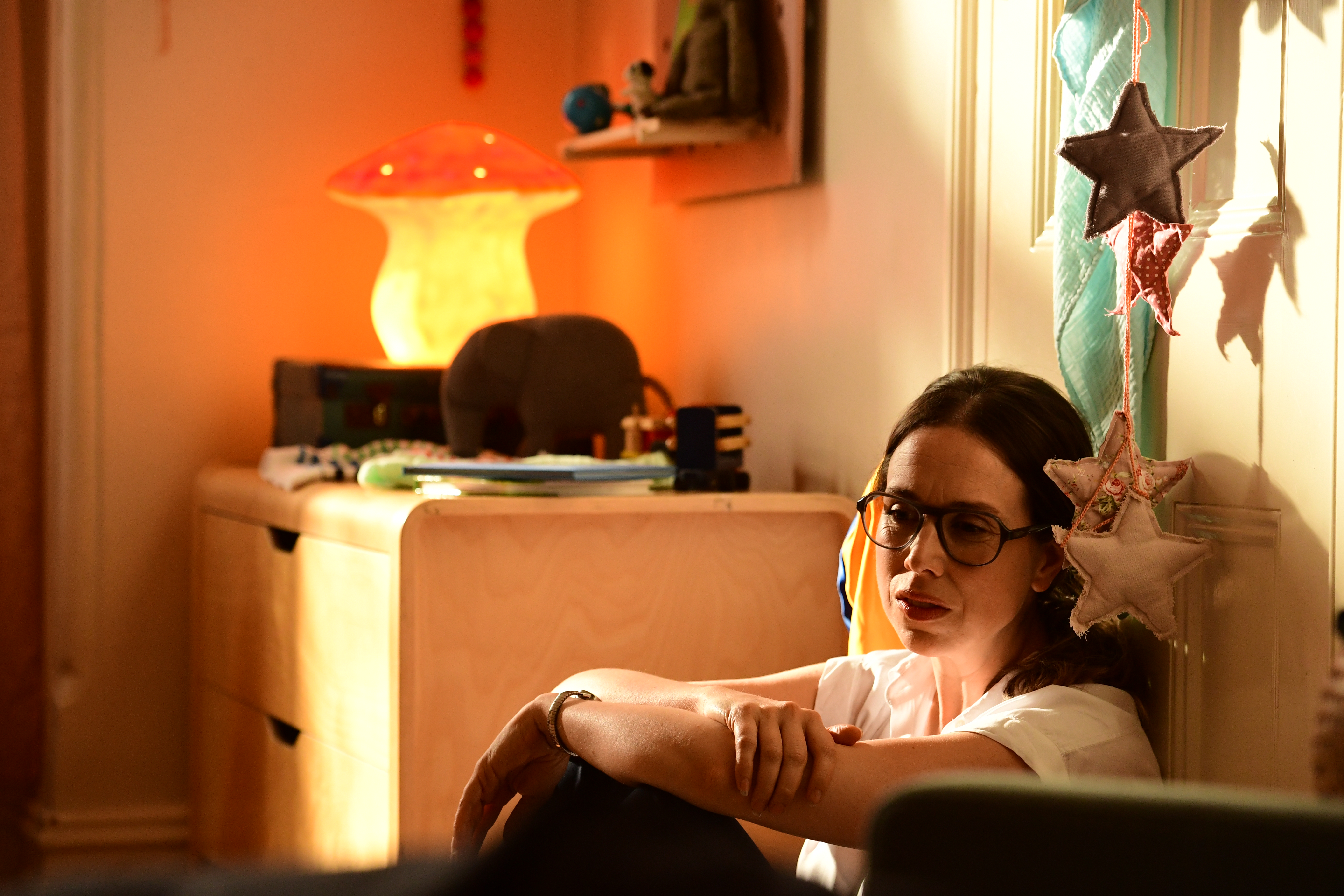 Last year I wrote about how the Letdown Season 1 provided a reminder to us parents that we are not alone in the challenges we face.  Like many others I have chatted to about the show, I saw so many of my own experiences reflected in that first Season.

I could also make a long list of the scenes from episodes 1 and 2 of Season 2 of The Letdown, currently airing on the ABC, and add a “just like me” comment to the end of those too.

But the early episodes of Season 2 do that and so much more.

It provides a reminder of the diversity of our stories and challenges us to think about abortion as not just someone else’s issue.

Audrey (Alison Bell) in Season 1 is me with my eldest (Little Mate) as a newborn: struggling to work out where I belong. Struggling to work out sleep strategies. Struggling to chart my own parenting course. And Jeremy (Brendan Cowell) is Damien: soothing, calming, understanding, supporting. At the end of Season 1, Audrey and Jeremy are us when they find out they are pregnant again and on track to have two babies under two.

Season 2 starts with the same level of familiarity. The setting is Stevie’s first birthday party:

There I am finishing a birthday cake with lashings of buttercream icing and lollies at 1am in the morning – actually it’s almost 3am and it’s Little Mate’s 5th birthday I’m cramming for – disaster struck earlier when the rocket ship of sponge rolls failed to stand vertically (yes, two cream-filled sponge rolls, one on top of the other). Not possible it turns out…

There we are considering questions about party entertainment… Sugar-filled or sugar-free baking? Alcohol for the adults (who’s party is it anyway?) For Dames’ 5th birthday, I spent weeks on the party bags, to the point where I had kilograms of soap sent from WA for me to melt and set into shapes with a plastic dinosaur inside…

It’s a look from the outside in and it is hilarious. It feels normal. It feels like my experience. I know it.

But while I’ve got one eye on the fun and hilarity and the trip down memory lane, the other is on Audrey: her abdomen, her demeanor, what she’s eating, what she’s saying (just a bit like the tabloids dissecting every glance, every move a couple of very famous Duchesses have made over the last few years)…

Yep, I’m looking for signs that Audrey is pregnant.

We see Audrey drinking champagne and eating what appears to be soft cheese at Stevie’s party. And I think: well the drink is okay – the contemporary guidance permits an occasional one when pregnant. That soft cheese, though Aud, I’d definitely steer clear of that.

We see a flash back to a discussion between Audrey and Jeremy about Audrey’s doctor’s appointment. With all the complications from Stevie’s birth, we learn that this pregnancy is high risk. And I think: you’ll need a highly experienced OB Audrey, love. Let me know if you need any recommendations…

Later we hear Audrey ask Jeremy: “Did we do the right thing?” and are left hanging on for episode 2. And I wonder: what “thing” was it?

As episode 2 progresses, the signs that Audrey and Jeremy have decided to terminate their pregnancy mount: Audrey donates her maternity jeans; Audrey talks about needing a distraction and is more confused and indecisive than usual; and, there’s a flashback scene involving Audrey selecting a movie that includes an abortion in the storyline.

But, honestly, for me it takes Audrey to give us the statistics – that 1 in 4 women terminate a pregnancy and the majority of those women are mothers – for the penny to really drop…

Followed by a denial from Audrey though, there’s a small part of me that still thinks perhaps that penny’s still wobbling on the edge…

Why does it take so much for me to see it?

I think it’s because choosing to have an abortion sits uncomfortably: not with my beliefs necessarily, but with my experience. I see Audrey just like me and Audrey and Jeremy just like us. And yet, we have never considered an abortion. And I have never personally known anyone to have had an abortion either.

I hope it is entertaining but also thought-provoking viewing for you. I would love to know what you think and whether in viewing it you shared my experience.